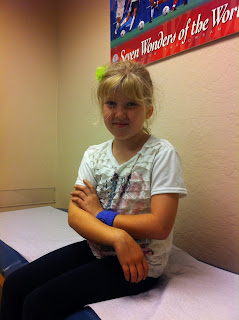 Upon picking Jacqueline up from theater practice I noticed she was holding her arm funny.  When I asked her what happened she said "I don't want to tell you".

On our way to urgent care after a series of questions and short responses (and assurances that I wasn't mad) I finally got the story that she had fallen off the monkey bars during a short break. 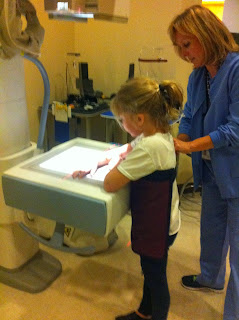 Of course, we went for an xray that was visibly painful for her but she never cried.  In fact, she never mentioned the fall to anyone at the practice. 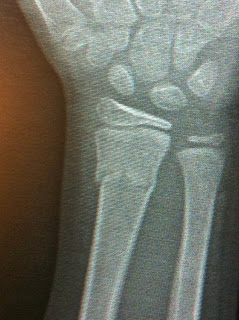 but clearly you could see that the bone was broken.  She got 2 trips to urgent care, and 2 trips to the ER that night to finally end up with a splint and instructions to see the Orthopedist in a few days after the swelling went down. 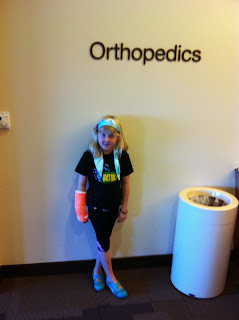 After some painful "manipulation" of her wrist she emerged with an orange cast and the words of wisdom that a "crooked cast is a straight bone".  OK then.


At this point when we asked her what she had learned from the ordeal she was quick to state that hanging upside down on monkey bars with pants was not a good idea as pants are too slippery.  Instead she recommends pulling the pants up so that your legs grip better. 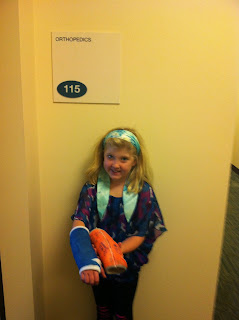 A few weeks later she got another cast, this time she went for blue and it was much straighter.
Posted by Meg Bear at 3:27 PM