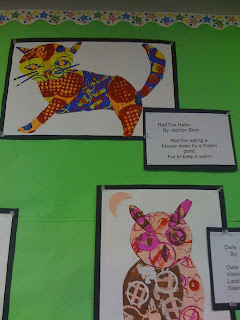 Here are some samplings of Ashton's Open House work. She had stories she had published, art on the wall and lots of great accomplishments to share. 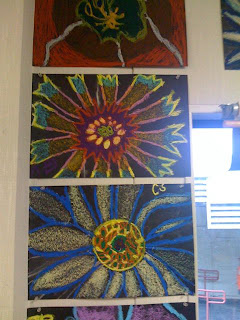 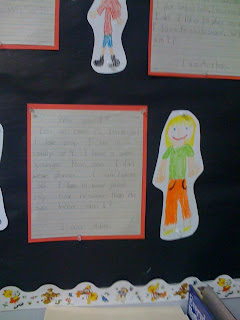 Her self portraits are getting more and more realistic. 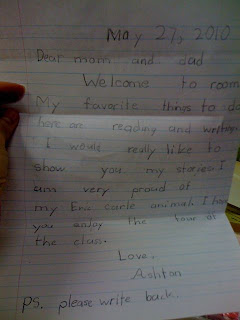 and her handwriting has come so far that even her teacher was impressed. 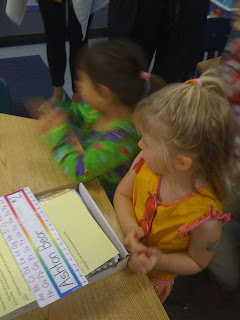 Jacqueline was happy to sit at her sisters table and take it all in. I'm happy to say that she even sat quietly so I could enjoy the presentation.
Posted by Meg Bear at 12:38 PM No comments: 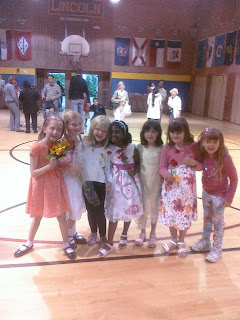 Two of the first grade classes combined to put on a performance of the Stone Soup Rock Opera. 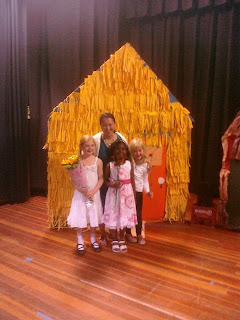 This show was complete with sets and characters. In fact, we had a series of dramas as Ashton was not at all thrilled to be cast as a narrator and not an "actor". Later she switched with a friend and was given the role of "Captain Max". 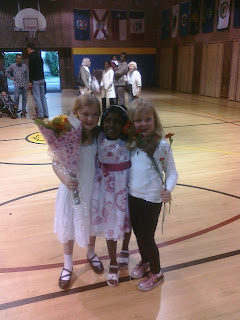 As we got ready for the show I was surprised to find out that she didn't have any lines (so I was confused about what the drama was about getting the part). In the end, I realized the point was the costume and not the speaking. In fact, none of the actors spoke, they acted out the part as other kids did the talking (a smart approach for first graders in retrospect!).

So while Ashton was a huge hit I guess she does not yet qualify for the SAG from this part. 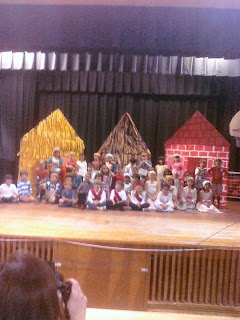 Somehow I'm sure there will be more chances! Bravo to Ms. Chan and the other teachers and helpers for pulling off a really great show with a cast of first graders!
Posted by Meg Bear at 12:39 PM No comments: