We finally got back in the house "enough" to have Ashton's birthday party.  She wanted an "almost sleepover" where she had the girls come in their pajamas and watch a movie.  We were thrilled to realize the benefit of a bigger house when we packed in a large number (I've blocked it out) of kids into the family room for pizza, crafts and movie watching. 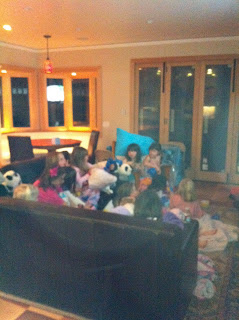 The movie was Nanny McPhee and we only had one girl defect calling the movie "scary". 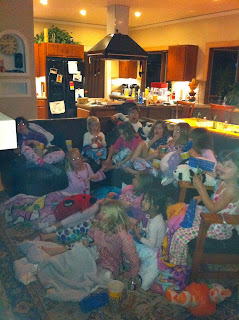 Thanks to Judy for the beautiful cake, all the prep and managing the whole party -- wow! 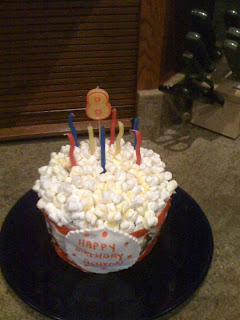 Uncle Vic was kind enough to join the girls and Bob in Park City. 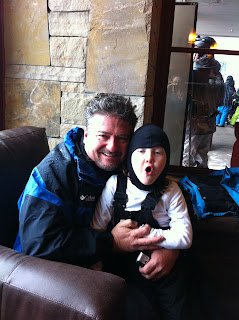 The girls love skiing with Uncle Vic and the adult-to-kid ratio is much more favorable. 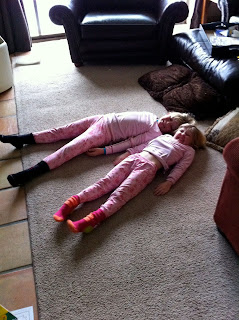 Bob managed to get the girls stretching in the morning. 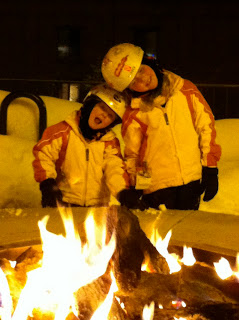 They went to the town lift for sledding at night (as if a full day of skiing was not tiring enough?!). 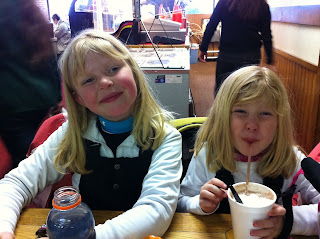 and fueled them well on Gatorade and hot chocolate. 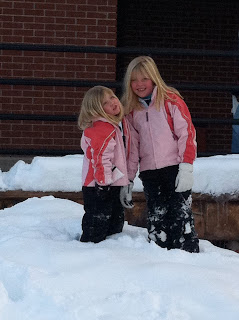 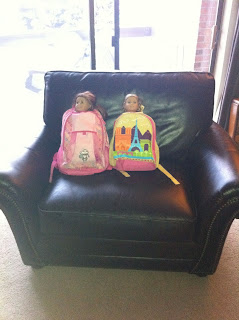 Bob and the girls went to Park City so mom could manage the move back into the house.

Bob has turned the girls into expert travelers.  He has a few specific rules (ok probably quite a few) and one big one is that each person has their own backpack.  It wasn't until I saw this photo that I realized that the American Girl dolls had traveled (breaking one of my rules about young girls and $100 dolls). 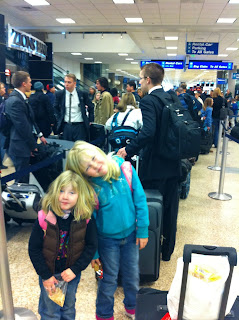 The luggage collection process is helped with snacks. 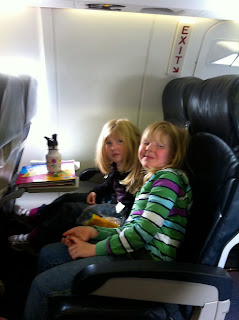 Auntie Suzie and I worked to get the girls rooms together when they were out of town. 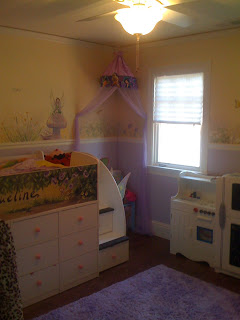 Jacqueline's room was all about fairies.  We had a muralist do the gorgeous mural on her walls so putting her room together was mostly about unpacking and organization. 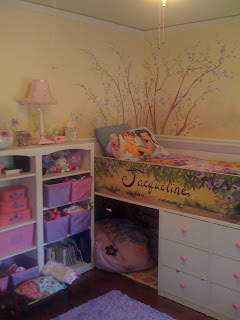 My favorite part is the cherry blossoms which were outside her window when we moved in and now on her wall year round. 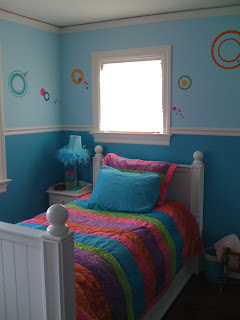 Ashton's room was all about color and *not* being princess-themed.  We had her name painted on the wall when Jacqueline's room was done and then Auntie Suzie did all the rest of the bubbles. 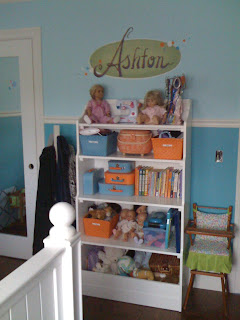 As you might have guessed the girls were very excited to get home and see what their new rooms were all about.  This was especially good as there was a lot of weeks ahead getting the rest of the house organized and livable. 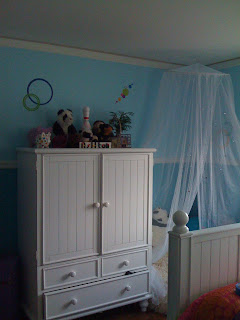 While moving is never easy the return move was the mother of all moves for me.  We had movers come a couple times.

The first time was a week before to get Jacqueline's bed moved to paint the mural and to move the boxes left in the house to the proper floor (mostly to the basement) to make room for the front room floors to be redone.

Then the "big moving weekend" came and it was all a blitz to move out of the rental and back into the house before Bob and the girls got back from a long ski weekend. 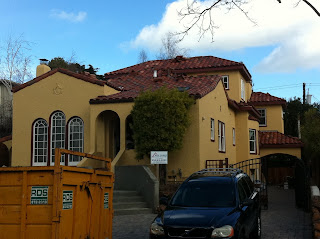 On the huge plus side the construction dumpster was still there as we had not only a move but 15 years of junk to be dispositioned -- I had committed to myself that I wouldn't move back stuff that I didn't think I wanted to actually keep (a tall order!) 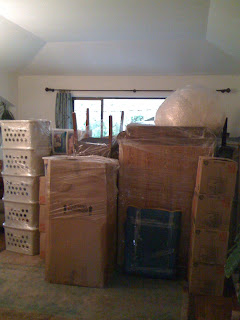 At one point I had two different houses overrun with boxes and plastic wrap. 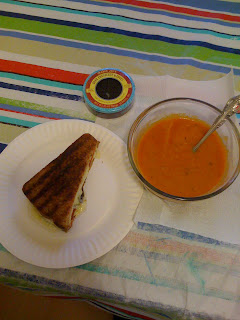 God bless Judy for providing food to fuel the process. 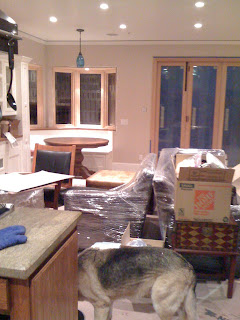 and about this point (after two full days of working non-stop) that I had the panic that it would never end. 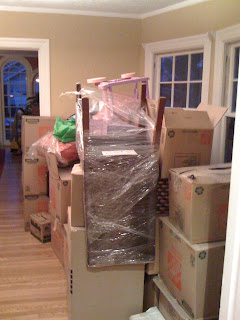 but at some point I did have a path through some of the house. 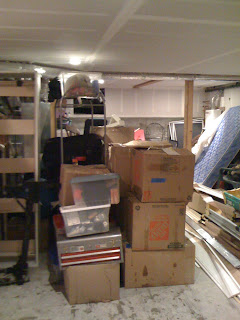 and the basement was the salvation taking more and more boxes of unknown origin and destination and keeping them out of sight awaiting Bob's return and help.

Judy also helped out with the kitchen so that before I knew it I had a functioning kitchen.

On day three, Suzie came and joined me for two days -- helping to make it workable for the return of Bob and the girls.  A few months later we considered ourselves mostly unpacked.  I can not stress how thankful I am to not be doing this again.