Happy Fathers day... whereever you are 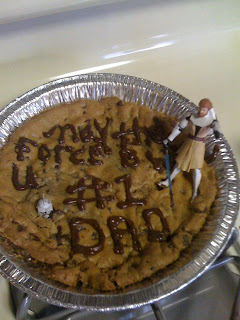 In the long tradition of celebrations at the Bear household father's day lasted almost a week here. Not because Bob was getting special treatment (although you can see the force was with him in the form of a massive cookie) but because he was in Japan. 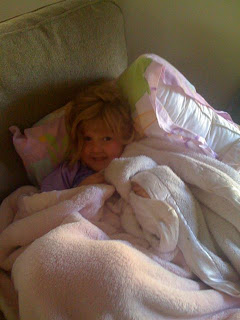 Not to have him miss the chance to be with his girls for the event we made a point to send him a few special photos to let him know we were thinking of him on his day. First was a required photo of the special blanket. 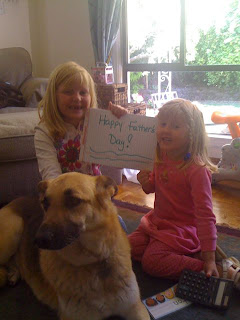 Next was a photo of his three girls saying happy father's day. 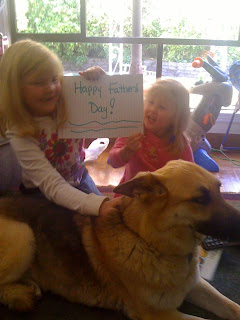 but getting three girls to all look at the camera is quite difficult so there were a few outtakes as well. It seems Julianne is less practiced at getting her photo taken as the other two...
Posted by Meg Bear at 11:33 AM