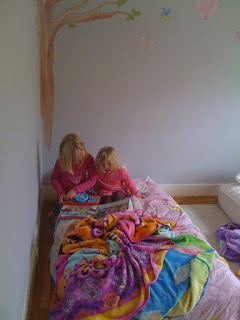 The long-awaited saga of the bunkbeds became a reality. This journey took two full weeks to accomplish actually with the first weekend involving Grandpa Bob coming to help disassemble the crib and bed and move out the change table, all the toys, books, etc.

Our neighbors were able to use the crib and were kind enough to store Ashton's bed for us too. The girls got to "camp" on the mattresses in their disassembled room which was an adventure. 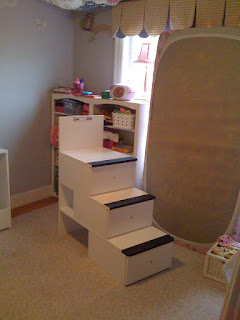 Monday the bed was delivered on Monday as planned and the movers were able to assemble it for us (which was great!). The only casualty was the carpet which was making things off-balance and proved more trouble than it was worth. 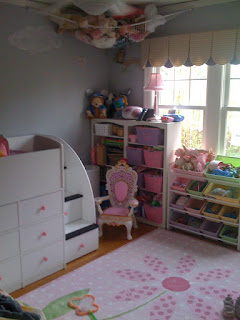 It took another solid week to get everything organized, moved back and a new rug ordered. Of course, there were a few toy casualties along the way (all the better for goodwill of course). But we were able to keep the bookshelf which was not a given. What we love about these bunks is the clothes storage and the stairs vs. a ladder. It's quite a large piece but it fits them perfectly. 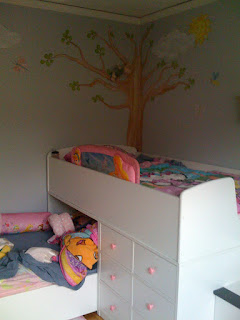 The first night we realized we had to bring back the guard-rail from Ashton's bed (which didn't really go over well with our oldest who is "past" princess and on to Hello Kitty). Bob watched Jacqueline bounce off the top bunk right in front of him!

As you can see the mural on their wall still looks great with the new bed (a fact for which I'm VERY relieved). The chest is now where the crib used to be and we even have more floorspace than we did before. 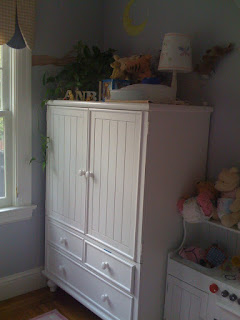 So, while this was a big project, that had a few rough spots
I am so glad we did it. It really is no longer a baby room at all but a little girls room instead. One thing that is not clear from the photo is that Ashton's bed is all Hello Kitty now and Jacqueline's is supposed to be Tinkerbell (in a cute purple and green) but somehow she thinks it should also be Hello Kitty and occasionally reqests Dora. Frankly Jaq really only cares that her Lovey is there with her.
Posted by Meg Bear at 7:01 PM No comments: 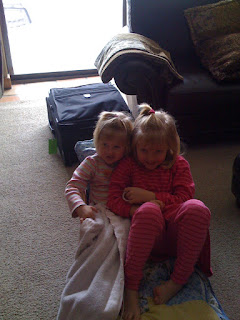 More Park City romance for the Bear's valentines day celebration. For Bob, this is the best place to celebrate any occasion. Grandma and Papa Terry sent a new movie that Ashton was happy to watch (over and over again) on the tv in her room. At least this trip we were not complete sleep failures. Both girls slept in their own room which was a huge stride over the last trip. 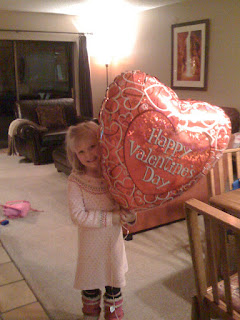 Ashton and Daddy got mom a HUGE balloon to make sure we were all in the mood for the holiday. Both girls are getting to be such good skiers with this trip introducing Ashton to the all day [on the mountain] 6-YO program. They were total troopers given that we had a few significant snow days this trip. 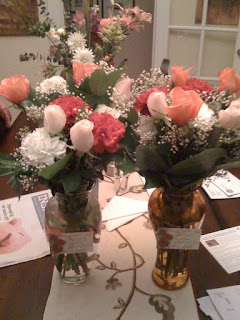 Of course dad also sent flowers to moms work and got flowers for both girls before we left. It's good to be a Bear girl at Valentines that is for sure. 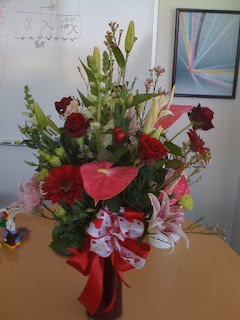 Yesterday was the service for Uncle Johnny. Instead of a traditional funeral the family chose to do a Celebration of Life. So we all came together to remember stories of Uncle John.

As often happens, we found ourselves also seeing family that we don't see as frequently as we should. 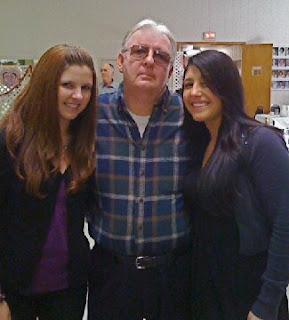 Natasha was smart to take the opportunity to take a photo of her, Jordyn and Grandpa Bob. What a shock to see that Jordyn is so grown up (and sooo tall!). I should note that Natasha has on heels and Jordyn flats. What pretty girls. 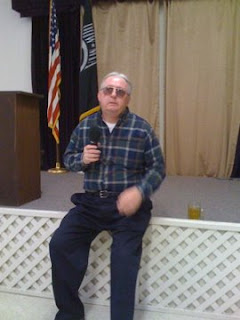 Dad closed the service with several stories of John and a recognition that he has had a full and accomplished life. In fact, in looking at it, anyone would have to call themselves blessed to have enjoyed the love of so many family and friends across a life so well lived. 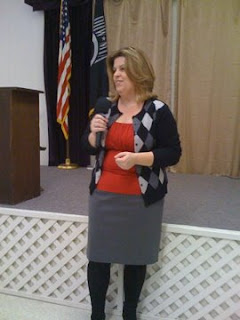 Suzie took a turn sharing John stories including her love of his Banana Pancakes (I think Jack Johnson owes him a royalty actually). 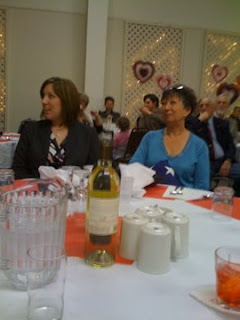 Kathi and Linn did an outstanding job bringing the whole event together and holding up throughout. Although there were a few mishaps (audio system went on the fritz and color guard were sick), the important things were all accounted for.

Everyone got a chance to remember the best (and the most interesting) of John's life and share that with those who loved him. As you might expect there were a few tears but even more laughs shared. One surprising discovery (for me) was a common thread of several concrete mishaps, who knew?

The recurring themes of loyalty, friendship, Semper fi were hard to miss. There was also a recognition of a strong will with strong opinions (it's a family thing), a love of music, fun, vineyards, family, duck hunting, golf and various other kinds of mayhem.

Linn was presented with a flag in recognition of his service which was very touching. 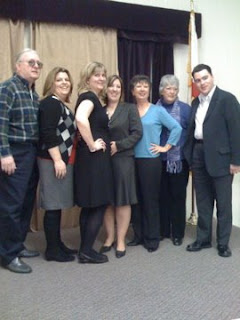 And as promised, here is the photo of family that was all too long in the taking.

Nice to see the cousins after quite some time. Sadly, I would like to share more photos, but I've hit the limit for this entry. As events go, I would say this was a very successful one. As events go, I'm hopeful to not do another one for a very long time.

Love to Linn and Kathi as they adjust to holding John as a memory. As one of the quotes I shared at the service said

We never forget those who, having ceased living with us, now live within us