We started our trip spending a few days in Barcelona to throw off our jet lag and tour the city.  We were fortunate enough to have had a swim the day we arrived and a long 13 hour sleep.  Our first day started a little later and we had to venture out to find breakfast (as we missed the window at the hotel).  Jacqueline got a little sick to start out the day, I think it was the extremely empty stomach that set her back. 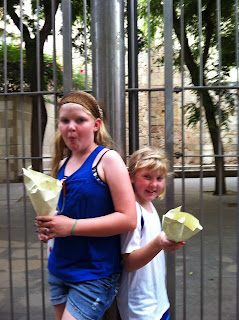 Later in the afternoon we did a walking tour with a private tour guide. This was awesome as she took us by a place to get Spanish doughnuts which were a huge hit. 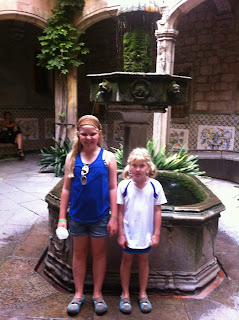 We also saw a lot of sights and were able to keep to the shady spots on the hot august day. 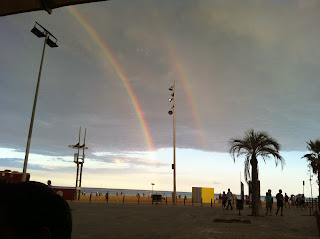 We had dinner by the beach and saw a double rainbow as there was a very slight shower. 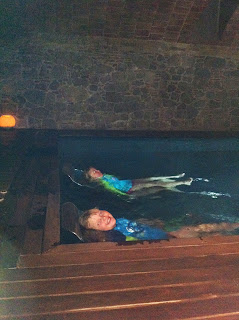 The next morning dad snuck the girls into the indoor pool at the spa. Girls were very excited to be able to enjoy the indoor water and I'm told they were quiet but I think that might require external verification to be sure. 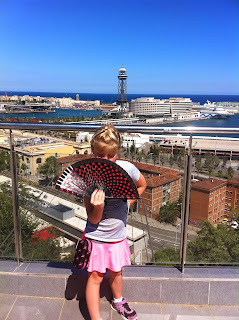 One of the first purchases we got was a pretty fan.  Jacqueline wanted to get red and black as she had her eye on a Spanish dress in the same colors. 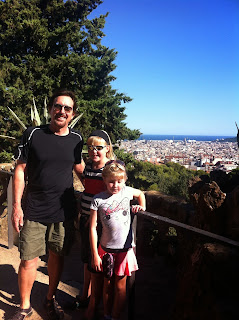 Our second day of tours were in a car and we got to get higher into the city which was fun. 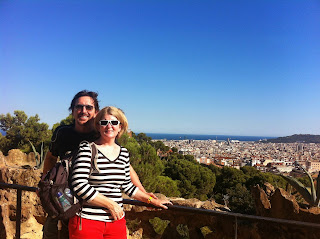 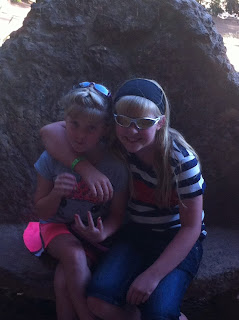 We visited a lot of different sites with majority of them about Gaudi. 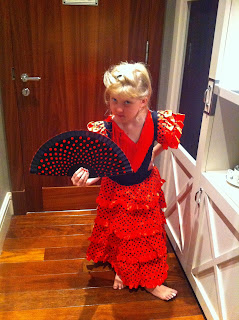 and of course, at the end of the visit we broke down and purchased the red dress.  Vacation is about indulgence after all.
Posted by Meg Bear at 1:57 PM