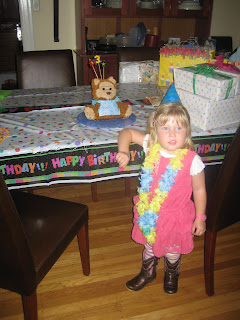 3 Years old, now that is an accomplishment.  As you can see 3 is an age of "independent style".  She is wearing her "rose dress" which is the same dress you will remember from the girls 2006 christmas card. 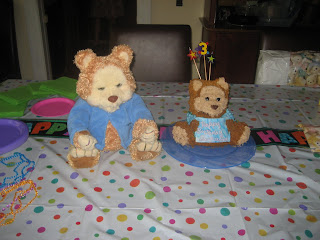 The theme for the party was "TJ Bear".  I think this was as much Ashton's idea as Jacqueline's but Judy did an excellent job coming through on this request making the cake version (on the left) look even cuter then the original. 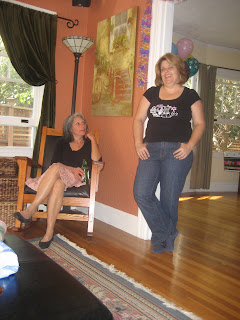 Auntie Suzie and Judy discussing the particulars of the birthday celebration.  Again I did a poor job getting photos of all those at the party.  Attendees included Jani, Grandpa Bob, Tasha, Jordyn, Suzie, Judy, Jennifer (Sophie's mom) and our family. 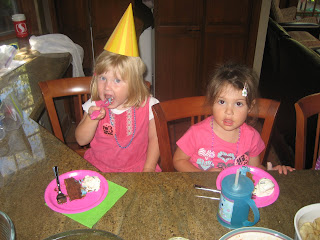 Neighbor Sophie joined the party.  Honorary guest who was also celebrating her birthday on the same day.  Jacqueline went to her party in the morning. 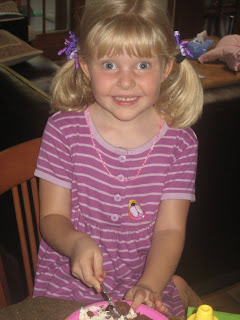 Ashton was a big help, she was in charge of picking out the balloons and helping me decorate while Jacqueline and Bob went to Sophie's party.
Posted by Meg Bear at 1:08 PM